What are the game controls used in Chitty Bang?

Enables playing the game automatically for a predetermined number of spins at the current number of ways and bet configuration.

How to use the autobet \ autoplay feature - Desktop

To open the autobet \ autoplay, click on the icon next to the “SPIN” button. 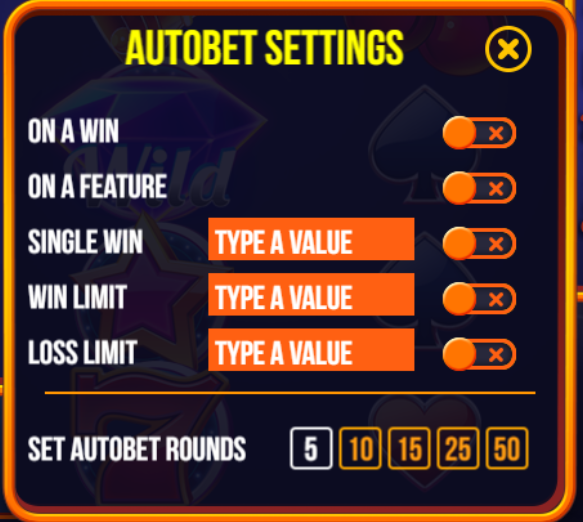 How to use the autobet \ autoplay feature - Mobile

below the 'SPIN' button.

To activate a limit, you will need to click on the relevant checkbox and enter a numeric value on the right side (in the case of 'Single Win', Win Limit' and Loss 'Limit' ) and click on the 'START'

button on the bottom left corner.

To exit the autobet \ autoplay screen without starting the autobet rounds, you will need to click the 'X' button on the top right corner. 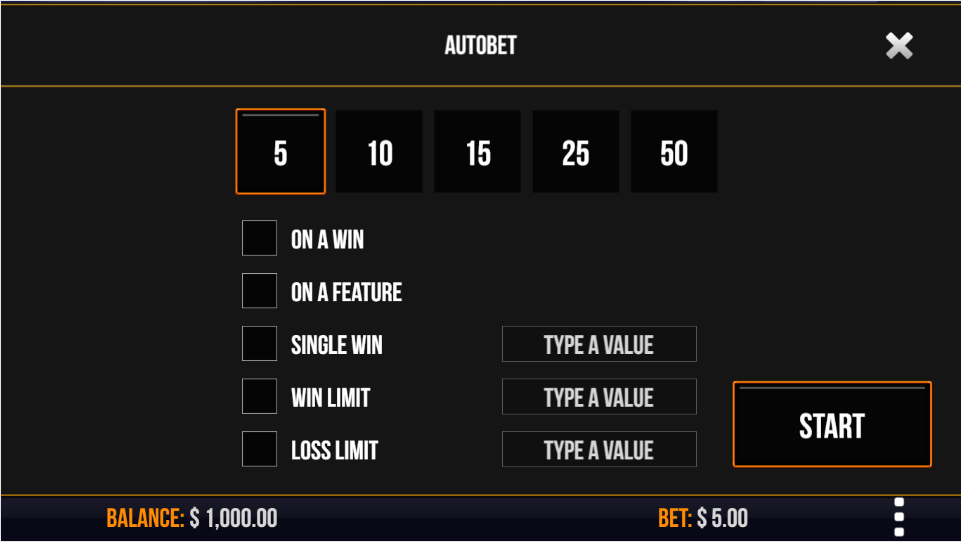 After clicking on the 'START' button, the game will return to the main screen and the 'SPIN' button will show the autobet rounds counter.

To stop the autobet \ autoplay, you will need to click on the autobet button again. Pausing the autobet is not possible in mobile mode.

When the limit's conditions are met, the autobet will stop and the relevant popup message will appear in the middle of the screen and fade out after 5 seconds. The messages for the limits will appear as follows:

Autobet \ Autoplay Rules in the UK

Players from the UK (under the UKGC regulation) that want to use the autobet \ autoplay function, have to first set a loss limit and the number of rounds.

Any attempt without these two limits set, will result in these fields being highlighted in red until set. In addition to these regulatory requirements, the maximum number of autobet \ autoplay rounds is 25. 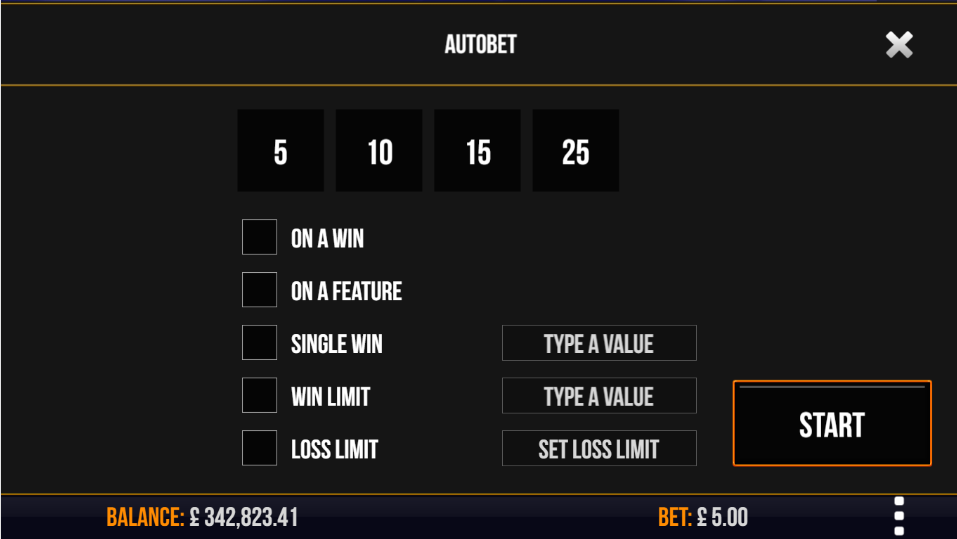 The mobile game settings screen can be accessed by selecting the 'Settings'   button on the bottom right corner. Entering the settings options will allow you to control various aspects of the game:

The reality check control alerts you as to how much time you have spent playing the game. The time interval can set by visiting 'My Account' through the host casino's website.

*The reality check is mandatory under the UKGC regulation.

The popup message displays the amount of accumulated time spent in the game, from the moment the game is launched until the popup appears.

The alert message will popup in the middle of the screen based on the defined time interval and will stay on the screen until you choose one of three actions:

What is Chitty Bang?