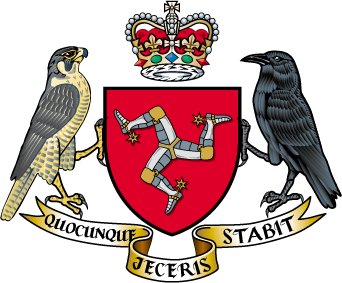 Licensed and Regulated by the Isle of Man Government

Celton Manx Limited was first granted an Online Gambling Regulation Act (OGRA) 2001 licence on 1 st August 2008 that was replaced by a Network Services Licence granted under the same Act on 11 th July 2019 and is regulated in the Isle of Man, British Isles. Isle of Man law prohibits persons under the age of 18 from registering or participating in online gambling. Isle of Man law also makes online gambling debts enforceable in law.

The Isle of Man Government is committed to providing a stable government and a strong regulatory environment for online gaming operations. Player protection remains a key commitment since the Gambling Supervision Commission was founded in 1962.

With a world class infrastructure and a full range of support services, players can be assured that they will be provided with a secure and stable gaming experience.

SBOTOP is proud to be regulated by the Isle of Man as we believe in the same principals as the Isle of Man and are committed to upholding the high standards of service, player protection and product quality required by the government.

More information on the Isle of Man e-gaming regulations can be found at www.gov.im/gambling

View our Isle of Man licence

Fortuneport Enterprises Limited is licensed by the Republic of the Philippines through the Philippine Amusement and Gaming Corporation (PAGCOR).

PAGCOR operates, grants authority to operate and regulates gaming establishments in the Philippines pursuant to Presidential Decree No. 1869 as amended by Republic Act No. 9487. It is a corporation duly organized and existing under and by virtue of the laws of the Republic of the Philippines.

More information on PAGCOR can be found at www.pagcor.ph .

View our Philippine licence through PAGCOR

This article is also available in the following languages:

Why is my country restricted from using SBOTOP’s services?

Why does SBOTOP restrict under age individuals?

Is it legal to bet with SBOTOP?

Does SBOTOP operate with a legal licence?