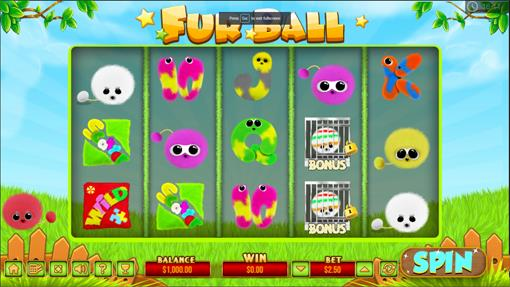 Main Game - The player need to match between three to five symbols to win the prize based on the pay-table multipliers.

While the reels spin the attached wild bonus maybe triggered.The white fur-ball appears and randomly awards 1 to 15 additional wild symbols. The awarded extra wild symbols remain in place until the start of the next round. When the reels stop, all winning combinations are played.These wilds act as regular wild symbols. They follow the same rules. 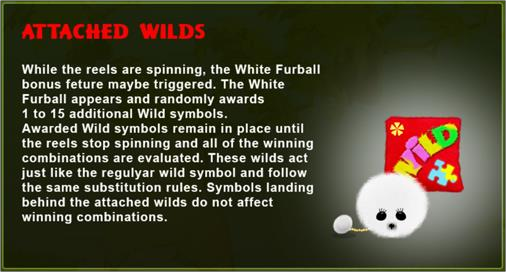 How to Read the Pay Table

The Pay-table in a video slots game acts like a key, explaining the value of each symbol in the game.Each symbol has assigned to it a certain number value.The win amount is determined based on the number that the Pay-table shows for a certain symbol multiplied by the line bet value that the player determines before he/she spins the reels. You can reference the Pay-table and use the following formula to calculate what your win will be: Line Bet Value (Player sets this before spinning) x the number the Pay-table shows for total number of hits for any given symbol = win amount. 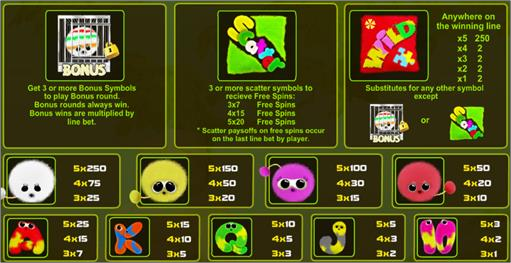 This article is also available in the following languages: